Removing the “clear” from “nuclear” 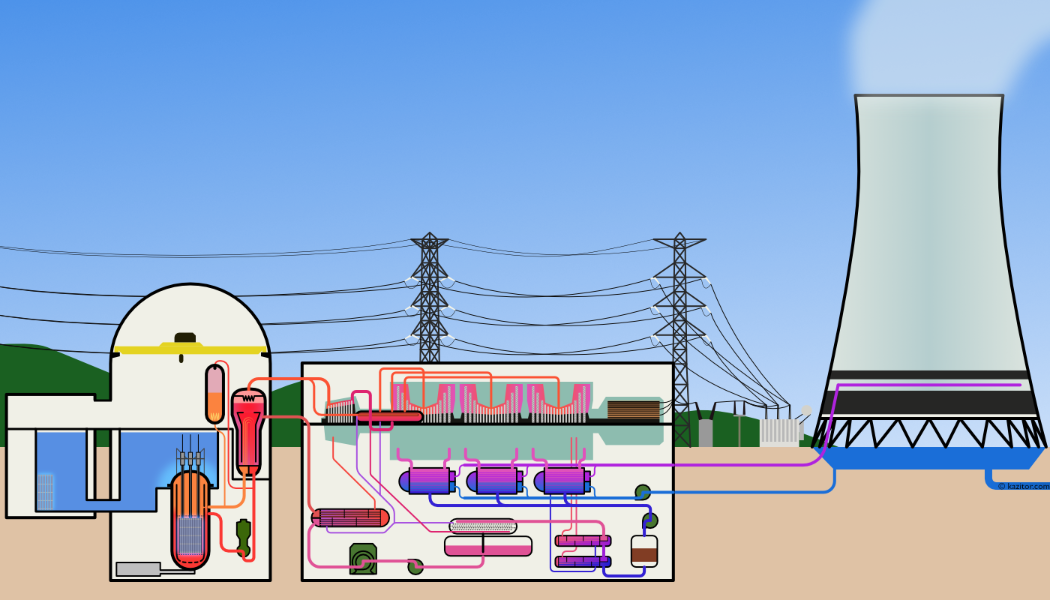 Thanks to omnipresent reasons, I thought it fitting to draw a nice schematic of a nuclear power plant, despite complete lack of experience in any related area. But my one, I decided, would be less abstract: the components, albeit simplified, would be arranged as they would in a power plant. Except 2D.

That means a containment building that isn’t just a pressure vessel and a steam generator suspended in mid-air, and turbines actually enclosed in a building. Also it turns out the turbine hall is significantly more complicated than any diagram out there might lead you to expect.

Anyway, imagine this diagram being the humid air in a cooling tower and my time sitting around the tower’s base; which is to say this really sucked up a lot of time. It’s wordier than planned, but finally done!

View it full size to actually discern the text. Hopefully you’ll learn something, because I sure did. Now if you don’t mind, I’ll return to being haunted by regenerative Rankine cycles and feedwater reheaters. why is sacrificing work for heat more efficient especially after it’s just been cooled I need to know